A data centre is an important and integral part of any company’s computing system. It is the building, facility, or physical place where all the computers keys components are stored. The size and components of a data center depend on many factors including the size and needs of the business. Important components found in almost any center include the computer’s mainframe, air conditioning to cool the computer system, backup power supplies, and security applications. The mainframe that is in this center might include customer’s accounts and information regarding their activities with the business. The importance of a secure and efficient center for a computing system can’t be stressed enough. Without the basics of the computing system properly maintained, how can a business run the right way?

The main function of a data centre is to protect and maintain the company’s information. Without this, a company risks others gaining access to their data. In this day and age, not having enough security is like throwing caution to the wind. Who knows what damage could be done if someone gains access to the company’s most important and valuable information? This is why the security measures implemented should be state-of-the-art

This trilogy of articles looks at the development of bigger and better data centres across the world. It considers what is driving this construction boom, some of the challenges it faces and examples of how it is being implemented.

For a number of years the buzz word in the IT industry has been “cloud”. The word represents a shift in way all of us access and carry out our computing needs with an increased reliance on the internet. The term has even crossed into mainstream parlance thanks to services such as Apple’s iCloud.

The idea behind cloud computing is that users can access computing resources, such as applications or storage space, on remote computers, via the internet rather than on local individual machines. The advantages are plentiful as consumers can access just the services they need as and when they need them (akin to traditional utilities) and from a multitude of devices and locations.

Many of us use explicitly labelled cloud services but the majority of those used, particularly in the private market, don’t necessarily prompt the same recognition. For example, the massively popular social media tools, Twitter and Facebook, allow us to share communications

The final part of this trilogy looking into the growth of data centre facilities around the world focuses on the existing power house of data centre construction, North America, in particular the US, and the emerging contenders within Asia.

There are currently thought to be five centres that are as large or larger than that in Newport, Wales and four of them are to be found in the US. The smallest of these is the NAP of the Americas data centre, located within the urban sprawl of Miami in Florida. Matching the Newport facility for floor space at 750,000 square feet, it is not only a key installation for both the US military and global DNS infrastructure, but is a vital hub for IT Operations in the south east of the US and Latin America beyond.

The next up the chain is the home of Twitter’s servers amongst others – the QTS Metro Data Centre in Atlanta Georgia – with a square footage of 990,000. The building which originated as a Sears distribution centre and, like many of the other contenders, was repurposed into a data centre, now houses its own substation to support

If one thinks about it, one is liable to get a headache. The ability of computers to talk to and understand responses from callers seems a little too futuristic to be believable, but it is a reality today that has made the efficiency of call centres and the services they provide higher than could have been imagined 20 years ago. The fact is that automated telephone systems have advanced far beyond a simple recorded message, so much so that, in some cases, natural conversations can effectively take place.

The technology used is very sophisticated and very intricate, with the precision of voice xml used to provide an efficient interactive experience for callers. Of course, a core component in such services is the speech recognition software that is utilised by centres, with its ability to turn the spoken word into text a factor that allows the computer programming to work so effectively.

Obviously, it is a computer system that manages the response units in a centre and directs the conversations between callers and the computer voice. There can be a bank of thousands of possible dialogues based on the possible responses that a caller might have to

CNC machining centres (Computer Numerical Control) have been around for a very long time now and they have become the workhorse in many manufacturing environments. Capable of exchanging a wide variety of tools through the use of automatic tool changers, and controlled by precision ball screws driving all of the axes of the machine, these machine tools are capable of performing highly complex work very quickly as compared to manual machine operation.

Generally designed to perform milling, drilling, boring, and tapping functions to form raw materials such as steel or aluminum into finished parts, machining centres can be found in a variety of sizes from as small as a drill press up to very large boring machine styles. These machine tools have complex computer consoles that are programmable and once programmed

Technology has become the world to us these days. It’s what we turn to for everything. And it can be extremely frustrating when the things we’re heavily dependent on, stop working all of a sudden. Whether you’re a student trying to finish an assignment on time or the head of the household trying to order groceries online because you’re busy, when technology fails us we get irritable. So what do you do? Unplug your PC, carry it all the way to the nearest computer repair centre in the midst of your busy schedule? And how do you know that the nearest computer repair centre is reliable and efficient? The answer to these questions is onsite computer repair.

It basically means that instead of you having to travel great lengths to find the best computer repair centre, you can call a technician to come and fix your broken computer and get it fixed within a span of 1-2 hours, where as a computer centre might have kept your computer for longer.

How do you decide whether to take your computer

Like desktop computers, there are a wide range of choices when it comes to buying a media centre computer. In essence they a built the same way and share the same components as desktop computers, but they fulfil a different role. The ideal media centre must have tons of hard drive space to store all your favourite content, must have a Blu ray drive and decent visual output and mustn’t look out-of-place under your TV. Here are a few things to look out for when looking to buy or to build Digital signature

When choosing your case, you need to ask your self just one question, would this look out-of-place in my lounge. The media center traditionally sits under the tv with the DVD player, skybox, and games console, so having a big beige box as a computer may spoil the image. There are plenty of different options on the market at the moment, with designs ranging from small black boxes to sleek brushed aluminum units Digital signature online 2. Large hard drive

A call centre is a centralised workcentre, of a business enterprise engaged in telemarketing services, that answers incoming telephone calls from customers or that makes outgoing telephone calls to customers. Call centres are generally set up with [powerful computer systems that most typically include a computer, a telephone set (or headset) hooked into a large telecom switch and one or more supervisor stations. It has been proved beyond doubt that a single large call centre is more effective at answering calls than several smaller centres. The issues in a call centre are generally statistical in nature and is centred around the probability that an arriving call will be answered by an available and appropriately trained person. The real challenge here is the task of forecasting the call arrival rates and then scheduling the number of staff required on duty at particular times of the day. The centralised office concept attempts to rationalise the company’s operations and reduce costs, while at the same time a unified, glossy front office is presented to the outside world. The call centre option works beautifully for large companies with a large, distributed customer base.

Data centers fall strictly in the business to the business arena so the term data center is therefore alien to the majority of the general public. Data centers are effectively large computer rooms or facilities dedicated to the accommodation of computer and networking hardware and associated telecommunications equipment. Data centers provide guaranteed regulated power supplies, hardware, and network security and internet connectivity. They are usually located separately from the main business headquarters and can be owned by the business itself or by a 3rd party specialist service provider. Co-location and co-location hosting are terms used to describe the location of equipment for multiple clients within the same data center. The huge growth in the demand for co-location services over the last couple of decades has been fuelled by the increasing reliance of businesses on mission-critical IT systems. 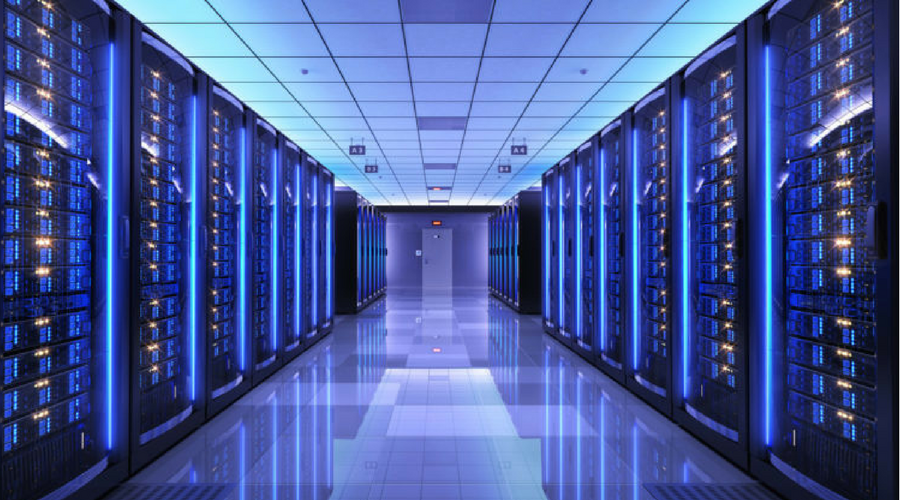 The Beginning of the Computer Era – A Dedicated Room

While the data centre as we know it was perfected during the dot com boom of the late 1990s, data centres actually have their roots in the earliest beginnings of the computer era. Early computer systems, which were huge, room-sized machines, required a lot of space and a controlled environment. The complexity of operating and maintaining these machines also led to the practice of secluding them in dedicated rooms.

Computer security became a consideration during this era. These early computers were incredibly expensive, and many of them were used for military purposes or important civilian business ventures. A dedicated room allowed businesses and organizations to control access to the machine.

Another factor influencing the trend toward separate computer rooms was the need to keep systems cool. Early computer systems used a great deal of power and were prone to overheating. Dedicated rooms could be climate controlled to compensate for the tendency to overheat.

These early computers required a multitude of component-connecting cables, and these cables needed to be organized. This led to the creation of some of the data center standards we know today.

A large number of the apps that we all use on our mobile phones and tablets incorporate a variation of cloud computing in some sense because many of them fundamentally rely on the idea that they are providing us with a packaged-up experience of what are essentially web applications. This approach to mobile apps allows the user to access an array of content and functions which they could not physically store on their mobile device. Therefore, cloud computing on mobile devices has fairly specific benefits for mobile users in comparison to users of PCs to the extent that cloud computing is core to the development of computing itself on such ‘smart’ devices, particularly since the launch of 3G networks and the ability to transfer data that that offers. What’s more, with the advent of the higher bandwidths of 4G upon us, the concept of maximizing mobile data and processes within the cloud – and minimizing the amount stored on individual devices – is only set to carry on expanding The list of the categories and types of applications that use and/or rely on cloud computing is extensive, to say